The event was attended by board of directors & commissioners of Maxpower Group both online and offline, where the CEO of Maxpower Group, Fazil E. Alftri explained about the current situation and condition of the company, as well as what kind of strategies could be taken to face the challenges in 2022 – 2023. In addition, the Commissioner of Maxpower Group, Endriartono Sutarto also stated, “The displacement of Maxpower Group Head Office is the first step to synergy, as a member of Medco Group big family. So hopefully this new office working atmosphere will give us more steadfastness and convenient in doing our job.”

In this event, the traditional Javanese ceremonial rice cone dish, “Nasi Tumpeng” were also presented as symbolic of the new official head office of Maxpower. Also attending this event was Ustad Deden to lead pray for the continued operation of the new Maxpower Group office. In addition, it’s advised to maintain health and safety for both employees who work from home and those who still have to fulfill their duties to work outside the home.

Everyone should be proud of The New Head Office Maxpower Group, because they have to believe that Maxpower, Yes We Can! 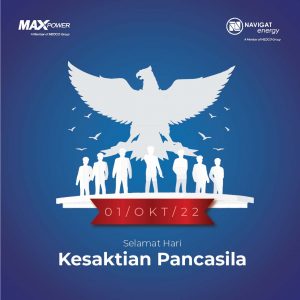